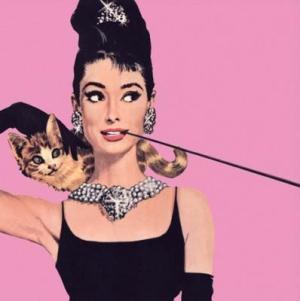 Belgian actress Audrey Hepburn gained fame as an actress (after a short-lived career as a dancer) when she was “discovered” and given a starring role in the Hollywood romantic melodrama Roman Holiday and the Broadway show Gigi. In that year (1953) she won both an Oscar and a Tony for Best Actress, and her career took off. She appeared in many more films over the following years, during which time she married Mel Ferrer. Sadly, the marriage did not last, and Hepburn married again, once more without success. Hepburn embarked on a second career as an international ambassador for UNESCO, and eventually found happiness with her last partner, whom she never married. She died of cancer, beloved by many. A short selection of her films follows. 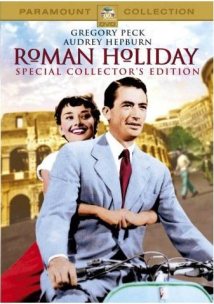 Hepburn’s first turn on the silver screen is as a young, bored princess on a tour of Europe. While in Rome, she sneaks out of the palazzo where she is staying to discover the world. Here she meets hard-boiled newspaperman Gregory Peck, who senses a scoop. Problematically, they begin to fall in love, leading to many great romantically comedic scenes. However, as Hepburn spends more time among the common folk, she feels more and more torn between her royal duty and love. Hepburn is both charming and lovely, and captivated audiences everywhere. Her gamine-like quality had a huge impact upon American movie audiences and catapulted her to fame.

Hepburn’s next film, a comedy directed by Billy Wilder, is famous both for its memorable moments and the controversy surrounding the clothes Hepburn wore. Most of her wardrobe was designed by Paramount’s costume designer Edith Head (herself a fascinating individual) but three key pieces were designed by the French couturier Hubert de Givenchy. When Head won the Oscar for best costume design, everyone assumed that she would at least acknowledge Givenchy. She did no such thing, and Hepburn was mortified. Givenchy designed for the rest of Hepburn’s films, with full credit. Sabrina tells the story of the super-rich Larrabee family, whose chauffeur has a daughter, Sabrina (Hepburn). Sabrina has a hopeless crush on David Larrabee (William Holden) whose caddish behavior she seems blind to. Sadly, he does not return her affections, and she is packed off to France to learn the culinary arts. When she returns, it is clear that she has learned more than just how to cook. Not only does David begin to notice her, he starts to court her, causing quite a scandal. Problems really begin to arise when David’s older brother Linus (Humphrey Bogart) also takes notice of Sabrina. The soundtrack is lush, the humor slapstick, and it is a delight to watch. 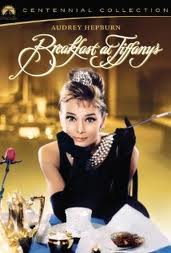 Perhaps Hepburn’s most iconic film, this less-than-faithful adaptation of Truman Capote’s novella casts Hepburn as the chic, free-spirited call girl Holly Golightly. Costarring George Peppard as her unlikely lover and Patricia Neal as Peppard’s wealthy female friend, it is considered a classic more for its cultural importance than its cinematic value. Mickey Rooney’s highly racist portrayal of Golightly’s Japanese neighbor is painful to watch, as are some of the more sexist attitudes on view in the film. But when we see Hepburn (in blue jeans and loose shirt) on her back stairs singing Henry Mancini’s “Moon River” it makes watching the film a worthwhile experience.

Called “the best Hitchcock film that Hitchcock never made,” Hepburn plays a wealthy woman whose husband is mysteriously murdered. Cary Grant costars as a man of dubious morals who helps to discover the true nature of the crime, and Walter Matthau plays an amusingly sinister government agent. The glamorous suspense is indeed reminiscent of Hitchcock, and as the film is set in and around Paris, the film is worth a watch just for the scenery. Also noteworthy is Henry Mancini’s original score. Like Givenchy, Mancini also had a long collaboration with Hepburn, composing the music for many of her films.

Two for the Road

One of the lesser-known gems in the Hepburn oeuvre, this movie follows a couple (Hepburn and a young Albert Finney) over the course of many years as their carefree courtship gives way to a troubled marriage, infidelity, and unhappiness. It is not a terribly uplifting movie, but it is so well made and acted that one can’t help feeling slightly better after watching it. Finney and Hepburn are really at their finest, helped perhaps by the fact that they were having a real-life affair during the making of this film. It is somewhat of a black sheep, as it bears very little similarity to her other films. She appears in a “bedroom scene,” swears, and wears “modern” clothing throughout – some say that this ruins the Hepburn image, but frankly it deepens my respect for her as an actress and a performer.

(Hepburn’s life story is just as captivating as the films above. I recommend Audrey Hepburn by Barry Paris and Donald Spoto’s Enchantment: The Life of Audrey Hepburn. For a detailed look at the making of Breakfast at Tiffany’s and its cultural importance, check out Sam Wasson’s Fifth Avenue, 5 A.M.. Finally, those interested in Hepburn’s significance to the world of fashion should look at Audrey Style by Pamela Clark Keogh.)