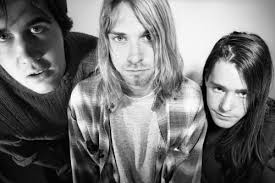 In terms of live music, the Emerald City is a true gem; for its size and relative isolation, our rainy, little outpost supports a vibrant and varied community of musicians. It has lost some influence since the heydays of grunge, but 2012 witnessed the rise of some real talent from our neck of the woods. Which is why, for 2013, I continue my 2012 resolution to see a local concert at least once a month and would recommend that you do the same. If hipsters, tattoos, fake glasses or uncoordinated dancers make you uncomfortable, this presents a challenge. Never fear. I have compiled a list of outstanding Seattle artists to watch in 2013 and my personal favorites from concerts in the past year:

If you like Marvin Gaye, Stevie Wonder or really any traditional soul/R&B, Allen Stone is your man. His story begins with a church choir in Chewelah, Washington, where he was raised by his father (the town preacher) and gospel music. Before you read anymore, please listen to this live recording of his song “Unaware.” Chills. His golden hair and glasses (that somehow evoke nostalgia for an era I never experienced) might be deceiving or convincing — it’s up to you — but his skill with socially-conscious lyrics and high notes is irrefutable. Nowadays, the self-described “greasy soul” has been receiving national attention for his unforgettable falsetto (often compared to a “young Stevie Wonder”) and throwback tunes on his self-titled, sophomore album “Allen Stone.”

2. The Head and the Heart

If you like The Lumineers, Mumford and Sons or Of Monsters and Men, then I would highly recommend the blend of indie, folk and pop that is “The Head and the Heart” (their self-titled debut album). I first found this treasure through a live recording of their acoustic set at the Doe Bay Sessions. Though it is not their best live recording ever per se, THATH’s love for their work is never more evident than in their shoes dancing in the sand. A listen to this album of resonating vocals and heart-lifting instrumentation, especially upside-down on a tire swing, puts one at peace with the world.

If you are looking for something new, this eclectic mix of garage rock, old timey pop and gospel is blazing its own trail. On the verge of dissolving in 2010, Pickwick found new ground when its lead singer, Galen Disston, heard Sam Cooke’s “A Change Is Gonna Come” on KEXP radio. Since, the band shifted directions from indie folk to a genre best described as “Neo-Soul,” which they have taken a capella into the Suzzallo Reading Room at the UW. They have gained considerable standing in the Pacific Northwest region with a “sampler” of just 6 six songs, titled “Myths.” But don’t worry– fans have been assured that a new, “real” album has been recorded and is soon to be released.

If you like Hey Rosetta!, Beirut or any combinations of pop/rock sound with classical instruments, Hey Marseilles is a leader in the genre of modern Chamber Pop: think Paul McCartney’s “Eleanor Rigby” with more lightness. The fantastical lyrics, lush string sounds, catchy beats and accordion/keyboard undertones form the unique style of this septet. Their distinctive sound ranges from the uplifting claps of “Rio” on their only full-length album, “To Travels and Trunks,” to the rich, darker melodies of  “Cafe Lights” on their “Elegy” EP. Hey Marseilles has scheduled the release of their next album for March 2013.

Go forth and listen. Hipsters don’t bite, even if they do wear scarves in July, and some of the sound on the Puget Sound is too good to miss.