The first thing I’d have to recommend is the CW show The 100. With the start of the second season in mid-October, the first season was added to Netflix and The Seattle Public Library, and like many teens, I binge-watched it in 3 days.

It has been 97 years since a nuclear apocalypse destroyed livable conditions on Earth. The few survivors escaped to their country’s space stations. Now the stations have come together and collectively call themselves the Ark. In trying to keep the population under control, strict laws have been put in place wherein any crime committed is punishable by death. Criminals under the age of 18 are executed on their 18th birthday. But even these extreme measures have not helped enough – the Ark is running out of resources and so the Ark’s Council sends 100 teen criminals to Earth in a desperate attempt to assess the condition of the planet. An Earth that has not had living humans upon it in 97 years – or so they thought.

The 100 is one of the most captivating shows for both teens and adults on TV at the moment. Teen characters exist at the forefront of the storyline and are not pushed to the background as they are in so many shows. CW has done good with this one.

The post-apocalyptic kingpin known as The Walking Dead never fails to captivate audiences. As a devoted fan of the show, comic, and video game I can recommend this series with confidence that it has something for everyone. While the suspenseful aspect of The Walking Dead can be difficult to get through for some, the series offers accurate representation of many demographics that speak to the audience: teens, adults, parents, people of color, LGBTQ women and men, people with disabilities both mental and physical, you name it. Behind the spooky zombies lies a troupe of characters that are, more than anything, real.

Officer Rick Grimes wakes up from a coma in an abandoned hospital to find that everything he knew about the world has changed. Walkers (zombies) now roam the streets looking for living humans to eat. After some help from survivor Morgan and his son Duane, Rick goes on a search to find his family. He will do whatever is necessary to reunite with them and keep them safe.

I would strongly recommend reading the books as well as watching the show. Many things are the same, but enough are different that it almost seems like two divergent storylines, and who doesn’t want more Walking Dead?

A lot of people have already seen Mockingjay Part 1, but if you haven’t yet gotten into the Hunger Games frenzy, you really should. The world of Panem is incredibly intricate and fascinating. The Hunger Games is one of the best dystopian-society stories for teens today.

Before the series began, thirteen districts existed along with the wealthy Capitol. Many of the districts existed in poverty and so they rebelled against the Capitol and were defeated and the thirteenth district destroyed. As punishment two children, a boy and a girl, are chosen each year from each of the twelve remaining districts to compete in a televised fight to the death known as the Hunger Games. Katniss Everdeen, a teen from district 12, volunteers as tribute for the Games after her young sister is chosen. Katniss has been surviving all her life, but now she must fight for her life every day of the Games to make it back to her family. 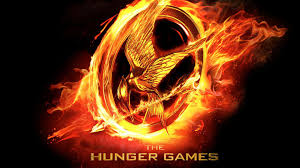 More zombies! In 2013 The film adaption of World War Z was released, and it was good, but very different from the book(s). I would recommend seeing the movie, but definitely reading the book it’s based on. World War Z by Max Brooks takes place years after the zombie apocalypse and chronicles the stories of survivors. This is so different from other zombie stories that it instantly draws you in. In some ways, collecting the stories after the fact makes them more captivating because you know that somehow the storyteller must live through the gruesome experience. 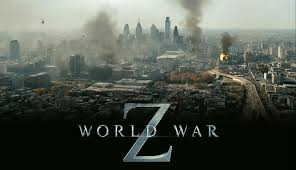 The last book I will recommend is Life as We Knew It by Susan Beth Pfeffer. This series is a trilogy, but the first two novels are also stand-alone and only converge in the third. While Life as We Knew It is written for young adult audiences, it is a very intense read about survival.

The world has changed, but for the least expected reasons. When people learn that an asteroid is predicted to strike the moon, they think of it as a once-in-a-lifetime astronomical event. They plan parties, they call their friends, they do not think about the repercussions. When the asteroid hits, the impossible happens. The moon is pushed closer to the Earth, destroying normal weather and tide patterns. Now, Miranda and her small-town family must learn how to survive while food grows scarce and the weather grows colder.

I read this book when I was about 13 and it has stuck with me as one of the best reads of my early teen years. American teens don’t have to worry about surviving without regular deliveries to the supermarket or extreme weather. Pfeffer’s decision to set the story in small-town America forces most readers to think about all the things we take for granted. 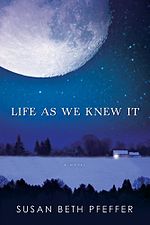 Thanks for reading! I hope I helped you find some good stories to get stuck on!